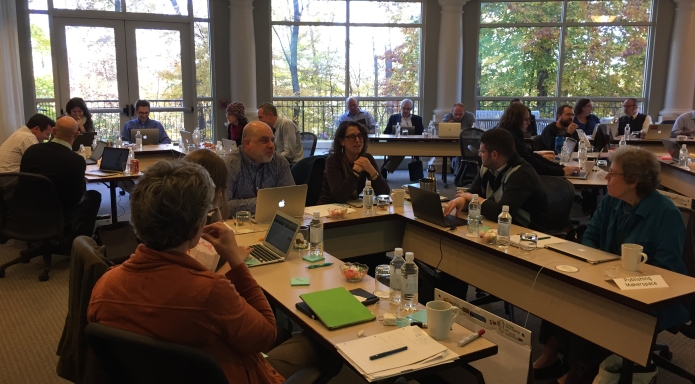 We’re less than a month away from the beginning of the second Scholarly Communication Institute held in the Research Triangle area of North Carolina, and are looking forward to this year’s cohort coming to Chapel Hill for five days of thinking, planning, and doing in a collaborative and relaxed setting. Last year, the first year of SCI in it’s new home, most of the participants were from the local area, and we tested out a new model for how such an institute might work. By all accounts it was a great success, and this year participants are coming from far and wide – from all across the United States, and about one third from other countries too, including as far away as Perth, Australia.

What do we do during these Institutes?

About a third of the schedule is unstructured, what we call “team time”. Each of the invited participants is part of a team working on a project they proposed during the RFP process – they set their own goals, process, and deliverables. During the team times there are no rules – teams can brainstorm, research their topics, run a charrette, document plans, develop software, write a paper, test models – last year participants did all of these things and more during their unstructured team times.

Another third of the schedule involves the entire cohort in discussions together, what we call “plenary” meetings. During these sessions all the teams come together in conversations regarding issues of mutual interest to all of their projects. Some of these sessions start with a focus on a particular team’s project, allowing them to seek advice from the broader group on issues that are challenging them, or to seek feedback on ideas they are trying to advance. Other plenary sessions are conversations guided by several facilitators, who throughout each day have been engaging with each of the teams, and listening for and suggesting areas of intersection between the different projects. 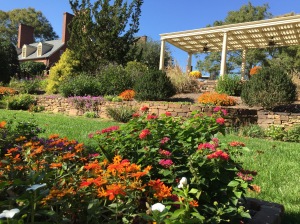 The final major piece of the schedule is social time. We know that often the best insights come when you’re not necessarily looking for them, but rather over a meal, or drinks, or when taking a walk someplace you haven’t been before. So we’ve built a lot of time for that into the schedule. Breakfast and lunch each day will be in the rooms of a historic house on the grounds the conference center, with ample time after lunch to take a walk in the nearby gardens. On one evening we’ll have a reception at the National Humanities Center, where SCI participants will have an opportunity to talk with fellows and staff of the Humanities Center as well as invited guests from nearby universities. And on other evenings there will be optional small group dinners at various restaurants in Durham and Chapel Hill, with visits to Duke University and the University of North Carolina along the way.

However, almost all of this is flexible. Last year, we adjusted the schedule along the way, based on suggestions from participants, and in response to observations about how useful different types of activities were at different times of the Institute. Mealtimes are fixed, but aside from that the schedule is fair game. 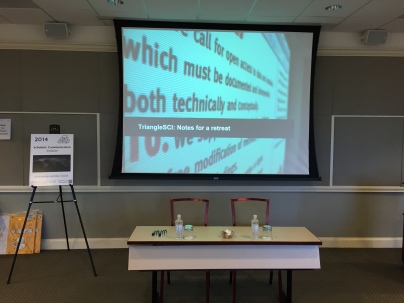 What there won’t be at the Institute are PowerPoint slides. No reading a prepared talk, no deciding which conference track you’re going to attend, no vendor sales pitches. Alright, maybe there are a few presentations, but they’re brief and mostly about sparking ideas and setting tone. We’ll have some brief remarks at the receptions, and on the first day, Tom Scheinfeldt will be opening the Institute meetings with some observations on setting the conditions for a productive retreat. On the last day each team will practice their “elevator pitch” with SCI’s advisory board, answering these questions about their project: What? So what? and What next?

The participants will come together on October 11 mostly not having worked together or even met each other before, and will leave on October 15 having started new collaborations, incubated new ideas, developed new plans, and built new things. They will also have eaten well, relaxed away from their usual work, and, we hope, made new friends.

Over the next few weeks you’ll be able to follow the progress of the 2015 Triangle Scholarly Communication Institute via the #TriangleSCI hashtag on Twitter, and afterwards, via this blog. To get a sense of what it was like last year, see this Storify thread that collected a representative sample of tweets from SCI 2014, and these blog posts from SCI 2014. And if you’re interested in participating next year, keep an eye on this blog for the next RFP, to be announced in early 2016.