This is the second in a series of posts about each of the teams that will be attending SCI 2022 and their projects. This one was submitted by Dene Grigar. 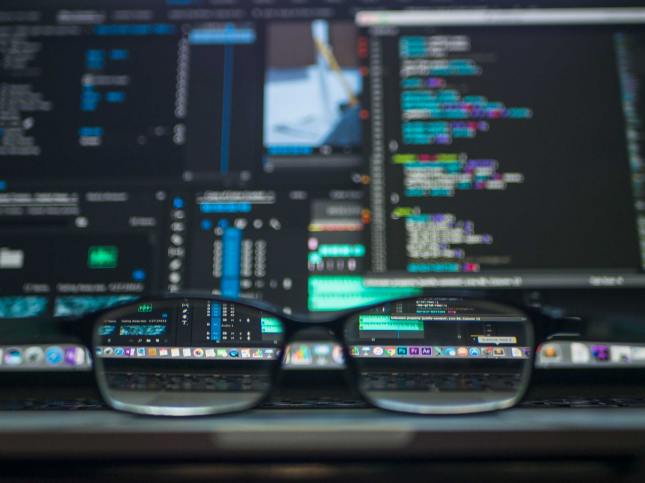 The title was innocuous enough: “Poesiataca,” by Clement Padin. One of the 299 works of born-digital works of art displayed in The Museum of the Essential and Beyond That, it is accessible via the museum’s Collection at ELO’s The NEXT. Visitors simply click on the link to view it––yet as soon as visitors do, frenetic flashing begins, far above the three times per second limit recommended to avoid causing seizures. Ideally, a warning to visitors that alerts them to this danger would accompany “Poesiataca,” but conventional metadata schemas do not include fields for this kind of information. In fact, metadata fields that address the needs for people with a wide variety of physical, cognitive, and neurological disabilities are needed for the many digital archives offered by The NEXT, a virtual museum/library created for the Electronic Literature Organization, as well as other GLAM institutions.

This is the problem our team plans to address during the Scholarly Communication Institute’s 2022 Triangle SCI. Because The NEXT collects and hosts a wide variety of interactive media pertaining to digital art and writing––the bulk of which it makes freely available for access and download in their original formats or in formats that have been preserved through migration and emulation––its schema both utilizes and extends the Metadata Object Description Schema (MODS) maintained by the Network Development and MARC Standards Office of the Library of Congress. Called “ELMS” (Extended eLectronic Metadata Schema), the framework provides a common understanding of the highly complex, interactive, digital artifacts held in its collections. The added taxonomies developed for extending MODS include, among many others, Software Dependency(ies), Authoring Platform(s), Hardware Dependency(ies), Peripheral Dependency(ies), Computer Language(s), Digital Quality(ies), Sensory Modality(ies), and Genre(s). Since its introduction in May 2021, The NEXT has seen over 25,000 national and international visitors and was awarded the 2022 Open Scholarship Award from the Canadian Social Knowledge Institute.

While The NEXT is built in semantic mark-up language and ARIA so as to enable navigation via assistive technologies, its metadata schema needs further refining so that visitors with disabilities have better and more specific information about accessing a work and the work’s content. When accessing Jason Nelson’s award-winning net art, “Game, Game, Game, and Again Game,” for example, visitors who have seizures would need to know in advance that the work contains potential triggers. Even works that require an action as simple as using a mouse, like Jody Zellen’s “Fragments,” may preclude visitors who cannot manipulate peripherals from experiencing the work as the artist had intended. The NEXT contains thousands of such examples, and so our team plans to spend the time provided at Triangle SCI to 1) identify and define specific metadata needed for people with disabilities who seek to interact with the kind of born-digital objects found at The NEXT and other repositories hosting similar material, 2) add the necessary fields and vocabulary to the schema, and 3) prepare a visual model that can be shared. Thus, the output of our week’s collaboration will be a more complete metadata schema that addresses the needs of people with disabilities, one that can be shared widely with galleries, libraries, archives, and museums (GLAM).

Dene Grigar, PhD, who serves as the lead for the project, holds a Louis E. and Stella G. Buchanan Distinguished Professorship at Washington State University and is a Professor and the Director of the Creative Media & Digital Culture program. In 2011 she founded the Electronic Literature Lab, where she leads a team of 10 scholars, designers, programmers, and digital preservationists to restore, reconstruct, document, and exhibit works of born–digital art and literature. She is also co–founder, Managing Director, and Curator of ELO’s The NEXT, built by members of her lab and in continued development and management by them. She serves on the Board of Directors for the Electronic Literature Organization and was its President from 2013–2019. Grigar has published nine books and 67 articles, most of which focuses on digital storytelling and poetics, digital preservation, and curation.

Erika Fülöp, PhD, is a Senior Lecturer in French Studies at Lancaster University (UK) whose research interests lie mainly in two broader areas: the impact of digitization and the internet on culture, and literature in particular; and the modern and contemporary novel, especially metafiction and self–reflexive phenomena, and the narrative theoretical and philosophical issues these raise. Her recent work has focused on born–digital literature produced by French and Hungarian writers of the late 20th and early 21st centuries. In that vein she is collaborating with Grigar to develop a node of The NEXT at Lancaster University in order to expand it into Europe and across languages with the mission to build collections of works by European artists.

Jarah Moesch, PhD and MFA, serves on the grant as the Lead for critical access of/to born–digital work, namely to design and create a metadata schema that describes and incorporates the embodied experiences of disabled people and commits to making them accessible from a disability justice perspective, recognizing that disabled people have intersecting embodiments that include race, class, gender expression, sexuality, and mental health, as well as one’s relationship to colonization, and that these identities are part of a disability justice framework. Moesch will focus on articulating a schema that creates accessible pre–downloading/viewing information, so disabled people can know what to expect and how they might experience the works, but also to choose whether or not to engage in the first place. Moesch is currently a core member of the Critical Design Lab, a multi–disciplinary and multi–institution collaborative drawing on critical and interrogative design, intersectional feminist design theory, and crip technoscience to create open–access protocols for disability access that are generated from disability culture and that serve as alternatives to accessibility checklists to support and transform disabled people’s everyday life experiences. Moesch is a lecturer in Science & Technology Studies at Rensselaer Polytechnic Institute.

Richard Snyder, PhD, is the Charles Blackburn Postdoctoral Fellow at Washington State University and Associate Director for the Electronic Literature Lab (ELL). As a digital humanities scholar, Richard works at intersections of word and image in both traditional and born–digital works of art and literature. In his role as Metadata Specialist for ELO’s The NEXT, he has worked to develop and implement several different iterations of the Electronic Literature Metadata Schema (ELMS) with an eye to the specific, and often undescribed, qualities of digital media. Working with physical and digital items alike for collections and exhibitions, and in discussion with the ELL team, Richard has continued to update ELMS with accessibility in mind. Working with exhibitions of artworks such as “Filter Insta–Zine: Instagram Storytelling and Zine Culture” at The NEXT, he has continued to reimagine the next steps in creating a metadata structure that suits born–digital artworks for the next generation of artists and scholars.