The 2016 Scholarly Communication Institute is over, though the projects and relationships nurtured here are just beginning.

SCI participants documented the experience and their ideas in real time, mostly on Twitter, but also in blog posts and shared documents. Here are some highlights from the week, and information about projects that were launched after being incubated at SCI 2016:

Planning will soon begin for SCI 2017. One of the things we’ll need to decide is what the overall theme/topic will be for next year (see this year’s for an example). We’d like to hear your suggestions for this! Please send them to scholcomm-institute@duke.edu or leave a comment below. We expect to announce a new RFP in January. Check back on trianglesci.org or @TriangleSCI for the announcement then.

This is the fifth and final in a series of posts about each of the teams that will be attending SCI 2016, and their projects. This one was submitted by Eileen Joy. 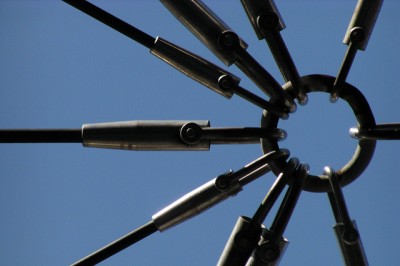 For TriangleSCI 2016, our plan is to undertake brainstorming and pre-planning for the development of an economically viable and sustainable alternative to for-profit research-sharing social platforms such as Academia.edu, ResearchGate, and Mendeley. This feels urgent and pressing to us, especially when we consider Elsevier’s purchase of Mendeley in 2013, its more recent purchase of the Social Science Research Network (SSRN) just this past May, and Academia.edu’s recent moves into monetising “premium” metrics content and also allowing advertisements on their site (visible, for now, only to non-registered users). While academic social networking platforms do offer new and powerfully flexible ways for researchers to connect and discover research, the for-profit corporations that have developed and maintain these sites also have a pressing need to ultimately monetize the data behind their users’ content and interactions, and many within the public university feel that the potential options for them to do so will end up being particularly pernicious. For example, as Kathleen Fitzpatrick has written in a blog post, ‘Academia, Not Edu,’

(…) if the network is to turn a profit, that profit has a limited number of means through which it can be generated: either academics who are currently contributing their work to this space will have to pay to continue to access it, or the work that they have contributed will somehow be mined for sale, whether to advertisers or other interested parties.

Although Academia.edu (and their ilk) rely heavily on narratives of openness and peer-to-peer sharing networks, asking users to upload their papers in the name of scientific progress and the public good, it must be stressed that Academia.edu, for example, is neither a repository for long-term preservation nor does it offer open access without gates — users must still register to download papers and there is no specific license for further sharing, re-use, etc. Moreover, these research-sharing platforms are gathering and consolidating publicly-funded research in a manner that will give them a broad and unchecked ability to leverage this research for a variety of for-profit initiatives, such as mining research data for a variety of potential corporate “research and development” clients.

Therefore, we would like to explore as part of TriangleSCI 2016 whether we can develop and support a digital platform for research-sharing that would help to support and sustain the scholarly commons, rather than merely serve as a proprietary social network with mere lip-service to openness. Is it possible to theorise a more economically progressive research-sharing network that does not rely on venture capitalist-funded, Silicon Valley-style platform capitalism? Might a distributed network that both participates in and nurtures the scholarly commons be a more viable option — one that supports the needs of the scholarly community instead of monetizing their communications to serve the interests of investors? Finally, to what extent can we complicate the understanding of social media as something that necessarily entails neoliberal subjectification via analytics, metrics and slick personal profiles? It is clear that many use Academia.edu simply because people are there — i.e., they need to maintain a presence in well-populated digital locations. This need to obtain a competitive advantage over one’s peers and manage one’s ‘personal brand’ is highly indicative of the current state of higher education in which employment is precariously insecure and fiercely competitive, and researchers are increasingly forced to submit their work to a range of metrical analyses, leading many researchers to operate as ‘micro-entrepreneurs of themselves,’ as Gary Hall (following Michel Foucault) has argued in his essay ‘The Uberfication of the University.’  And we feel that Academia.edu is an apt illustration of this culture. As social media is so closely tied with personal branding, we want to to theorise and develop a social research-sharing network that avoids the overtly neoliberal trappings of for-profit research-sharing platforms.

In our limited time at TriangleSCI 2016, we want to focus especially on the more socially and economically progressive aspects of social media (common ownership, open-source tools and platforms, open access to data, information, and texts, etc.) in order to develop an open and interactive (iterative, annotatable, mobile, etc.) scholarly research commons that will be hopefully useful to and well-utilised by scholarly researchers. One natural starting point is that many of the problems described above result from the for-profit nature of such platforms (centralised control, readily monetisable data, monopoly-seeking, etc.), when perhaps a more distributed technology would yield better interactions and governance. For example, could we build a social layer on top of the already existing and distributed commons, which stretches from library repositories to scholars’ personal websites to open access publications to pirate libraries to institutional profile pages and beyond? How can we harvest the discussions already taking place in highly localised and often obscured contexts (from mailing lists to comment sections on blogs) and make them more visible and more clearly connected to research outputs (whatever and wherever these might be)?

Hypothes.is, an open platform for the discussion, annotation and organisation of research on the web, forms an important inspiration behind our thinking in this direction. Hypothes.is wants to create an open, inter-operable annotation layer over scholarly content, wherever that might appear online. As such, Hypothes.is seems to provide the perfect starting point for a discussion on the positive potential for developing a de-centralised architecture for collaborative research. More specifically, would it be possible to integrate some of the interesting social features of sites such as Academia.edu and ResearchGate into the Hypothes.is plugin; and if so, how would that work? Starting with this annotation layer, could we create a social layer to overlay distributed scholarly content? Or could we build “from the ground up” an entirely new platform for research sharing that might serve as a central node for plugging into the many layers of the already-established and always-evolving distributed scholarly commons, and which would also serve researchers in terms of maintaining and mediating their social media presence and communications with other researchers?

While the primary aim of our discussions at TriangleSCI 2016 will be to theorise the potential of social media for the distributed commons, we will also be brainstorming potential funding sources for the more practical development and implementation of a social research-sharing overlay (or unique platform) in partnership with Hypothes.is, or a similarly distributed not-for-profit network (to be identified during our time at TriangleSCI). This could also potentially involve a Hypothes.is web hub for discussing, sharing and prototyping our ideas (see Climate Feedback  for an example of such a hub). We will also follow up on and communicate our findings via blog posts and social media, as well as via opinion pieces and more formal scholarly outputs. We will further seek to set up alliances with ideological partners who are either already experimenting with alternative social media for academic researchers (for example, MLA Commons ) or are otherwise involved with radically rethinking the politics and economics of not-for-profit academic publishing (for example, the Radical Open Access Collective and the Radical Librarians Collective). We are excited to see that one of the other teams invited to TriangleSCI is working on developing a “humane” system for citation metrics within the humanities as one of the outcomes of a better integrated / layered (and not-for-profit) distributed scholarly commons would hopefully be better and more equitable tools for the measurement of “impact” within the humanities and social sciences.

For our team we have actively sought to bring together people from the UK and the US who have been working on alternative models for research dissemination and scholarly communication, both in theory and in practice. Our team therefore includes scholars (from different fields within the humanities), publishers, librarians, and technologists, and in most cases includes members whose expertise moves across these various fields. All of our team members have also been actively involved in ongoing discussions about social media for academics and the scholarly commons, and as such have a clear overview of the debates, the various issues involved, the existing research, and important experiments with potential alternatives.

This work is licensed under a Creative Commons Attribution-NonCommercial-ShareAlike 4.0 International License.